Before I started learning about Champagne, I merely thought it was just sparkling white wine. I had zero concept of the rules, regulations, and deeply rooted history that went into this incredible wine. This week, I'd like to journey back to France, in the Champagne appellation. This is a place of magic, mystery, and also of deep sadness, as many terrible, blood-shed battles have been fought on the soil of this region.  Let's start from the earliest known beginnings.....

Attila the Hun lost his one and only battle in the Champagne region 1500 years ago, against the Romans. Since then, the other battles fought on that soil were the 100-Years War, the Napoleonic War, the Prussian War, and the First World War, all over an area of less than 30 miles. Much sadness has transpired in that region throughout history. (Below depicts a memorial of the trenches of World War I that were fought in the Champagne region).

Champagne is the northern-most wine growing region in continental Europe, located north and east of Paris. Champagne has been in production for over 250 years. 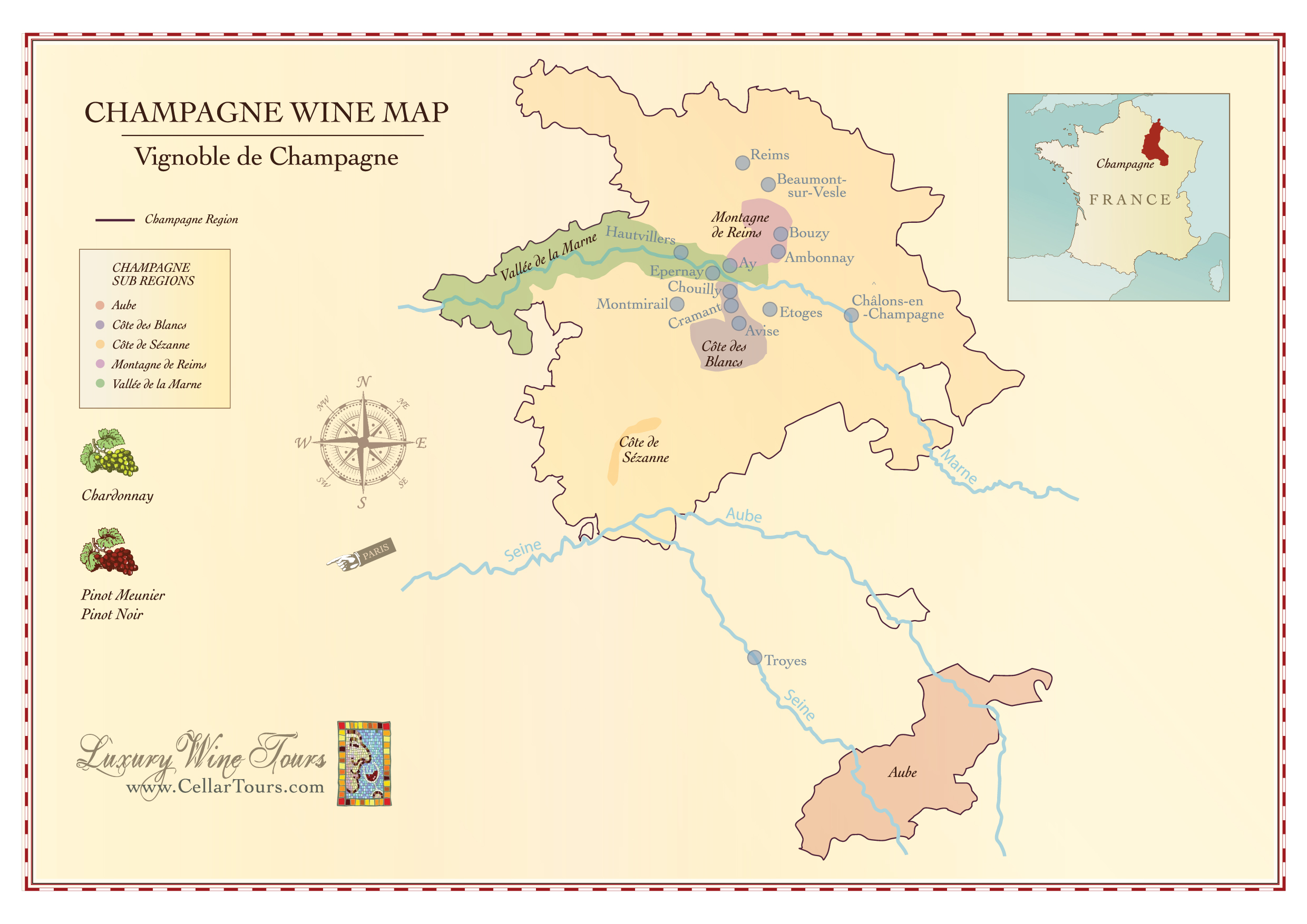 Due to the tight regulations of the production of Champagne, it it actually known how many bottles are cellared in all of the cellars of Champagne. At today's count..... more than a billion bottles. (Yep.... Mind Blown!!).....There are cellars under every city in the Champagne region, like an underground city, estimated at 60 miles long. If you add the wine-makers cellars to those numbers, the total is approximately 600 miles of cellars. 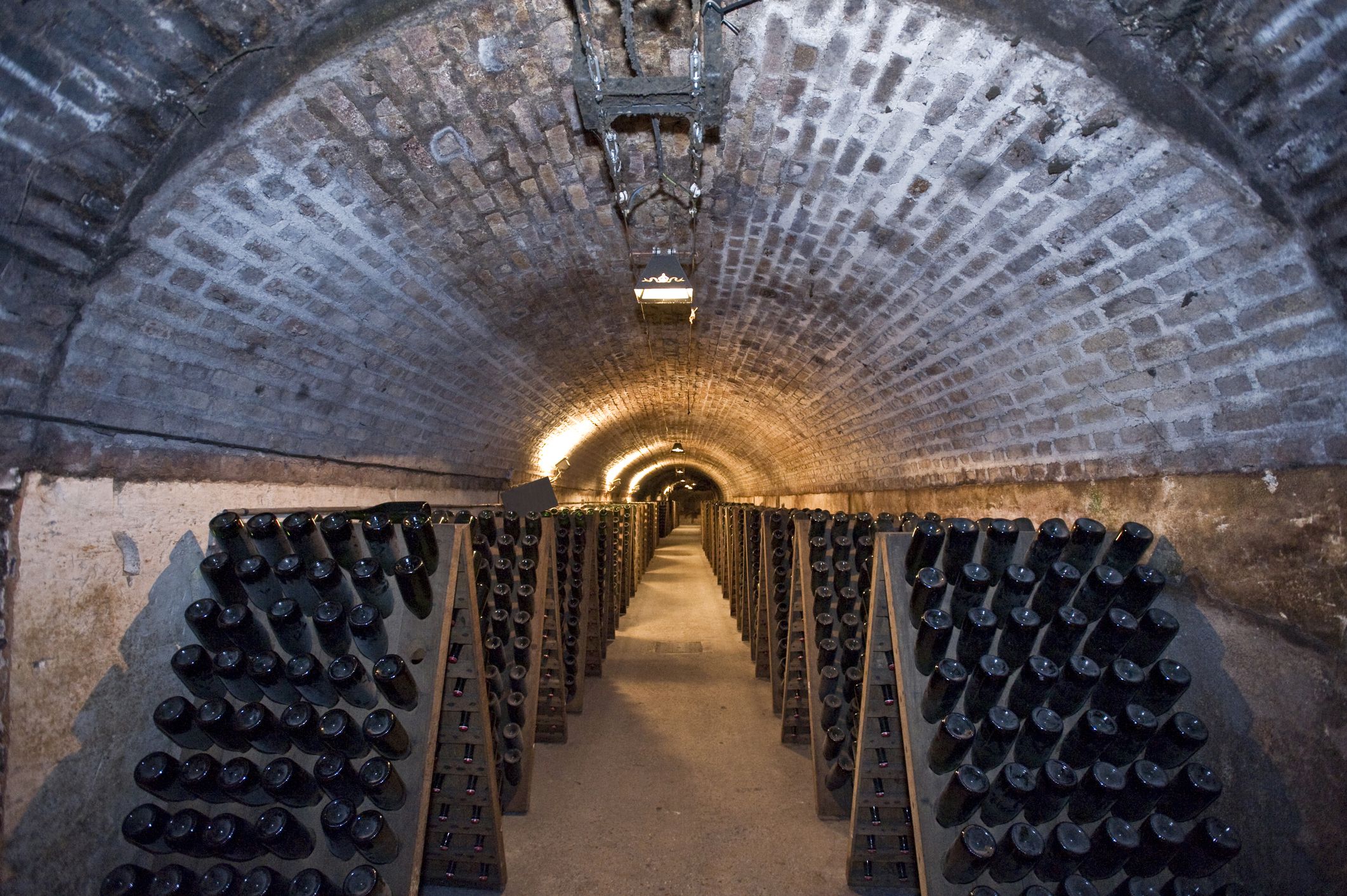 The soil here is mostly chalky below the surface composed of shells from ancient sea beds, resulting in a crisp, mineral finish to these wines.  Most of these vines are very old and have roots many meters deep, that also contribute to the success of these vines. 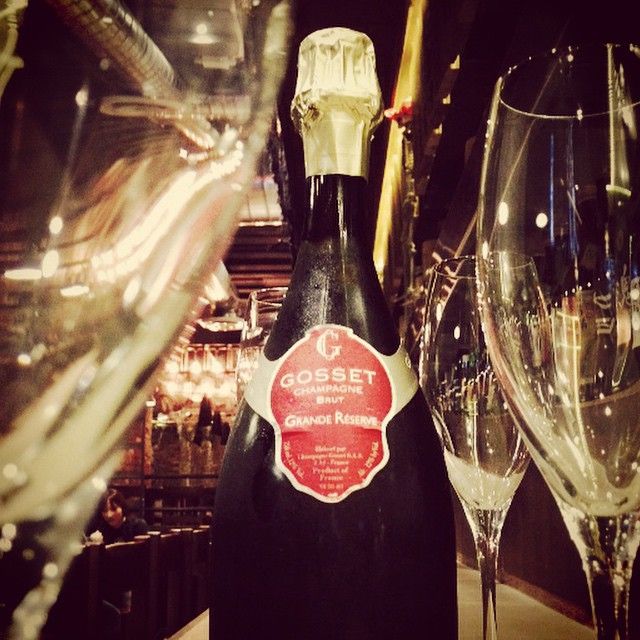 There are many rules for cellaring, manufacturing, pruning, and harvesting of Champagne. These rules have been created to maintain the quality of the wines produced in Champagne. It is tightly controlled by the Corporation for Champagne Winemakers.  There are only 4 ways the vines may be pruned, and this is further regulated by how high the first trellis wire can be from the ground. It must be 60 centimeters from the ground.... no higher. It's the only wine region in France you will see all the rows of vines trimmed in exactly the same way. If a grower refuses to prune according to the regulation, his appellation license can be revoked. They would not be allowed to harvest their grapes to make Champagne. The other major rule is that every grower is allowed only 1 week to harvest their grapes. Each village is given a start and end date to harvest their grapes, so that no one has an unfair advantage. The harder you work and the more grapes you pick, the more wine you will yield.

Being north, it is a much cooler and wetter climate, compared to the sunny south of France. Mold is a big problem here. They spray the fields, but even this process comes with rules. No more helicopter crop dusting due to too many accidents. This rule was instated in 2012. Given the area of Champagne is not that large, all of the vineyards share in the same environmental concerns from year to year.

Once the grapes are harvested they are weighed. This is law for Champagne that you are required to know the exact weight of the grapes harvested for press. The rule states that 100 pounds of grapes must produce only 8 gallons of juice. The first press of the wine is done extremely gently, producing a more clear juice. This will yield the better juice equating to a better product. The second press is only allowed by law to produce a certain amount of juice, and often in the more prestigious Champagne houses, this second press product is sent on to the larger houses for production of cheaper Champagnes. 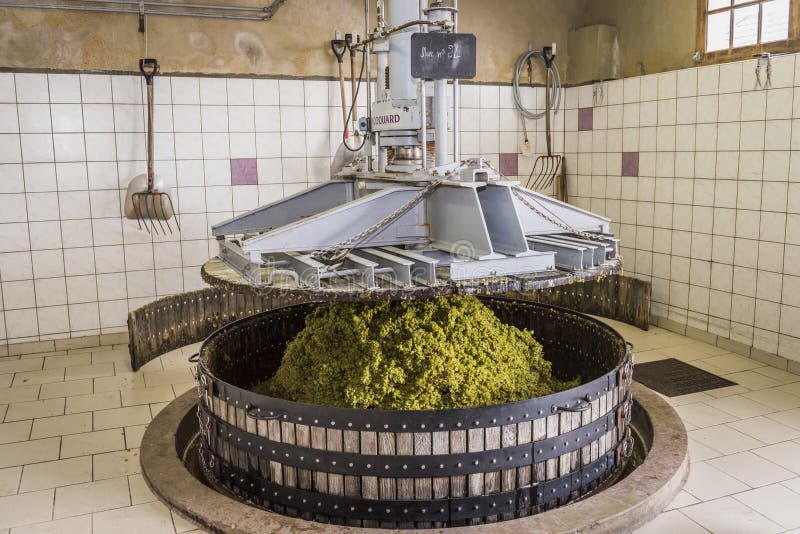 Some wine houses do the bulk of the work by hand while others will use automation devices to crush the grapes and store the juice. Prior to bottling, the wines which consist mostly of Pinot Noir, Chardonnay, or Pinot Meunier grapes are blended according to the winemakers preference. The second fermentation process must now begin. This includes adding a touch more yeast and a small amount of sugar and wine to allow the creation of bubbles and Champagne to begin. In the beginning, it was a mystery how the bubbles were present in the wine. Once the Champagne is bottled, they need to be turned (also known as riddling) roughly 1/8 of a turn daily  (placed in the racks seen below), to ensure the final product is clear. The sediment falls to the neck of the bottle and falls into the temporary cap of the pre-corked bottle. This is done daily for 1 year. It is not uncommon for one master riddler to turn 100,000 bottles in a day. The next part is amazing, they quickly freeze the bottle upside down to form a small icicle in the neck of the bottle. The are 13 pounds of pressure in the bottle unopened at this point, due to the gas formation, so all you have to do is remove the cap and the small ice cube that has formed in the neck, along with the sediment caught inside, is expelled, leaving a clear Champagne behind. A small amount of a sugar/wine mixture then tops off the bottle, and the cork is then inserted, followed by the wire muselet (muzzle).  The bottles by law, must then rest for an additional 3-5 months prior to distribution. The Champagnes harvested from 1929 and 1945 are considered astonishing wines. Winemakers do their best to try and replicate their incredible products, but even despite the science and technology today, sometimes there is just a little magic that happens to create a spectacular vintage. Having a science background, this process is easy for me to grasp. But the takeaway in the growth and production of all wines is this: All grapes should be handled very carefully during the harvest, like infants. Each vine has it's own unique yeast. The yeast is in the soil, the air, and on the grapes, giving the grapes their own flavor, their own character, their own identity. The yeast breaks down the grapes and changes the sugar into alcohol. The alcohol then kills the yeast, but it is the yeast that gave birth to the wine. The winemakers are merely the mid-wives.

I really hope you enjoyed the tour through the Champagne region of France. Who doesn't love a bubbly for a celebration. Pair it with oysters on the half-shell, caviar, chocolate-covered strawberries, baked brie, and believe it or not.... Mac-n-cheese. HA!!!.... direct from the Cordon Blu chef himself...... I know what I'll be drinking next time I whip up some mac-n-cheese.