I don't know what happened. As I've gotten older, I have less of a filter on my mouth. I also have more confidence and less patience. For example: I'm in a packed grocery store and the woman in front of me checking out is having a conversation with the cashier like she's at a local happy-hour, completely oblivious to the fact that there are 15 people behind her in the line wanting to check-out. I gave her 4 minutes to continue on this conversation before I finally said with a giant grin on my face "I have an idea, you two should swap phone numbers so you can continue this conversation later!" The cashier cracked up, the woman paying gave me a look like I'm the asshole, the people behind me were laughing, and my 14-year-old daughter Maggie called me a "Karen".  In hindsight, I probably shouldn't have said anything, but the reality is, I just wanted out of that store. The self-checkout line was closed. :( Is it possible this world of instant gratification is affecting those of us that didn't grow up with all of the latest technology too? 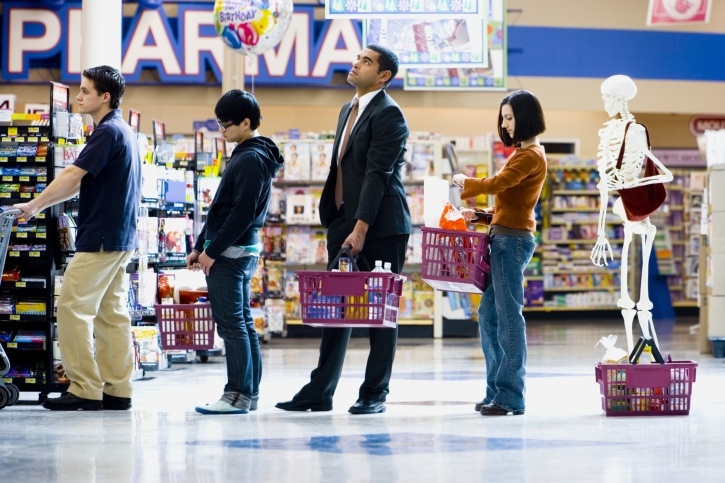 My mom and I were on a flight to Las Vegas when I was in my mid-20s. We were having a blast with a glass of champagne during pre-flight boarding.  We laughed about everything. We were excited to be enroute to our favorite city. We weren't being loud, but we were having a good time. This gentleman in a suit seated behind us, and after talking BEYOND loud on his cell phone about mergers and acquisitions so that EVERYONE on the plane could hear what a big shot he is, leaned forward and asked us, "Hey, you ladies headed to Vegas?" My mom with the biggest genuine smile on her face said "Yep!! Can't wait to get there". He then replied "Well, I'll give you $100 to be quiet on this flight". Although she spent the latter half of her life living in the Northeast, I could see both the Philadelphia Eagles fan and the Southern girl kick in with sheer confidence at this point. She replied, "You can stick that $100 up your ass, along with your mergers and acquisitions that the entire plane is now aware of". I swear she had the grin of Elaine Benes from Seinfeld on her face. I almost wanted to reply, "Maybe the dingo ate your baby!", because I had no idea what else to say.... (Yet another Seinfeld reference). In that moment he knew he messed with the wrong woman. The flight attendant smiled and winked at my mom, and surrounding passengers were cracking up. I sank into my seat thinking, "OMG I don't think I'll ever be that brave." Oh, I'm JUST like her, I just needed a few decades to go by to realize it. I was in such awe of my mom in that moment. I was so proud to be her daughter... and I still am. THAT guy sure wasn't handed the instant gratification he felt he was entitled to. 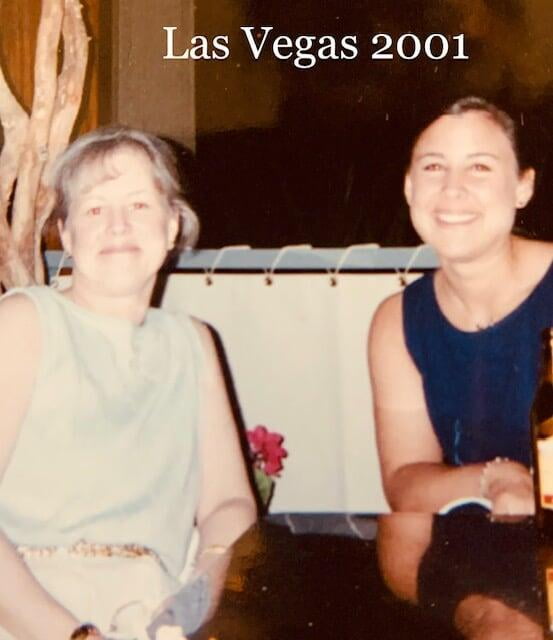 Even though I can say my filter is beginning to fray as I age, things do bother me less. I try to carefully pick my battles, especially with an emerging teenager by my side. My Dad constantly reminds me, "Remember what it was like to be that age".  In an age where kids have access to everything instantly, such as information, funding, groceries, and even transportation, they have less patience. For us, not having grown up with cell phones and the "world-wide-web", we had no choice but to be patient. My entertainment on a long car ride was "Punch buggy" and "Pididdle" with my siblings or seeing how many different state license plates we could identify on the road in an hour. Our generation raising THIS generation is like "Clash of the Titans". 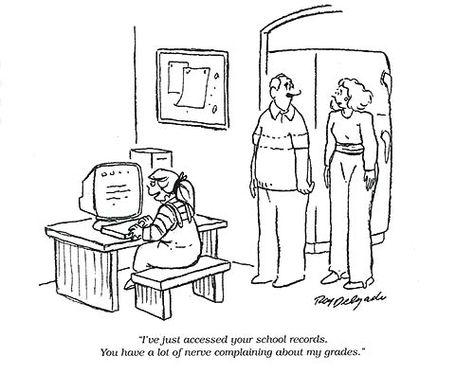 Here are my TOP 5 recommendations for our generation raising these kids today:

1) Don't rush to immediately help them (obviously if they aren't in a life-threatening situation). Let them have time to work through complex problems on their own. Be supportive and understanding but teach them that patience is a valuable life skill. Instant gratification is a genetic response. Our ancestors that ate food when times were scarce, as opposed to saving/storing it for someone to possibly steal, were the ones who survived. Manners were not survival skills. Nowadays, where food is not as scarce in most developed countries, manners are expected and appreciated. Stanford University did an observational experiment in 1972 called the "Marshmallow Experiment". They gave children ages 4-6 a marshmallow, told them if they could wait 15-minutes before eating the marshmallow, they would be given a 2nd marshmallow. 600 children took part in this study. 1/3 of them were able to wait long enough to receive the 2nd marshmallow. These kids were followed for decades and what the researchers found was, these kids who were able to have self-control had significantly higher SAT scores, had higher paying jobs, and had overall better life outcomes than the kids who could not wait. The kids who gave in to instant gratification were found to take things for granted, had decreased abilities to problem-solve, low frustration tolerance, increased depression, and also had an increase of risky behavior with things such as drugs and alcohol. 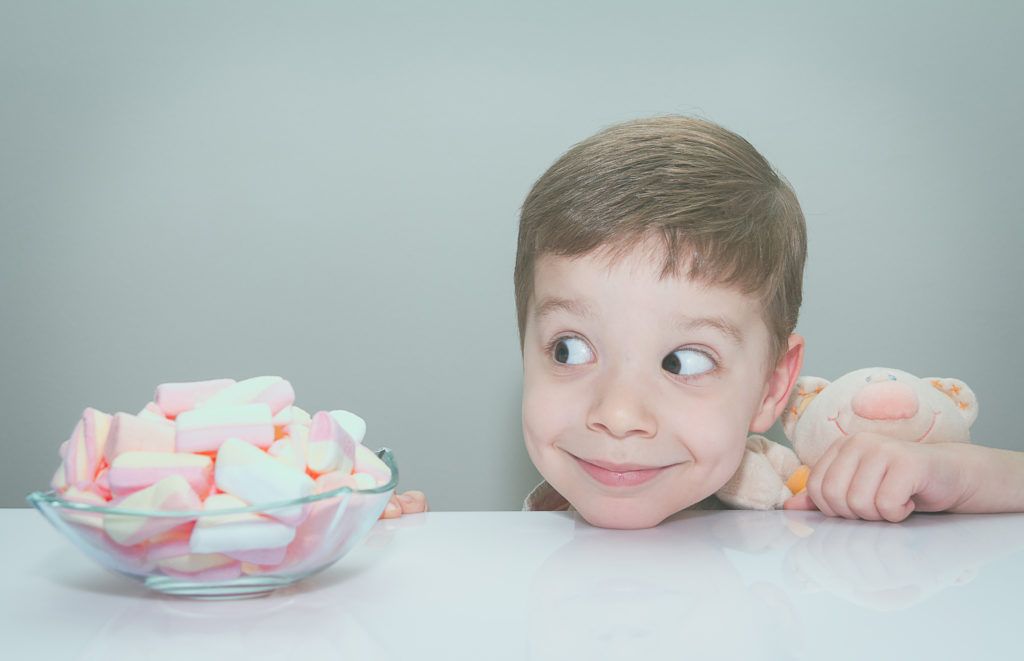 2) Pick your battles. They are battling for independence when they say "No!" as a toddler and when they choose to do the opposite of what you say as teenagers. While it's important to teach them how to be respectful, it is also healthy to let them feel as if they can also have some wins. 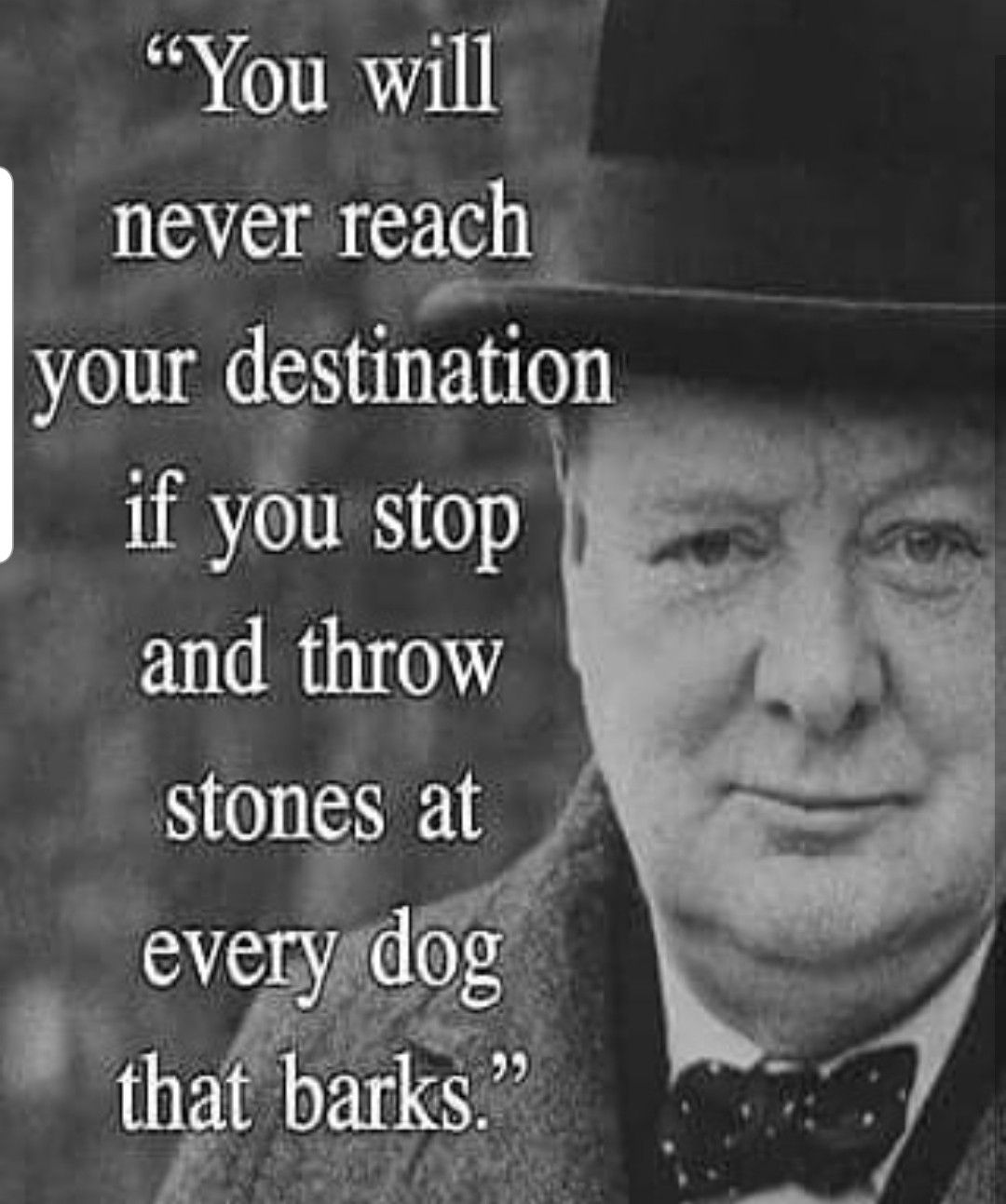 3) Limit screen time, especially when they are very young. There are many reputable studies out there that now link increased screen time to increased depression, anxiety, trouble focusing, difficulty sleeping, and obesity. Children younger than 5 should have very limited screen time and it should be used for the purpose of education. Beyond that, just watch out for the red flags if the use of these gadgets is interfering with relationships and/or responsibilities. 4) Slow down, take a deep breath every now and then, and teach your kids to do the same! Often, they will learn from watching you. Take time to rest, unplug, and think. If you never slow down when it comes to making a decision, you are liable to make decisions that aren't always in your best interest. 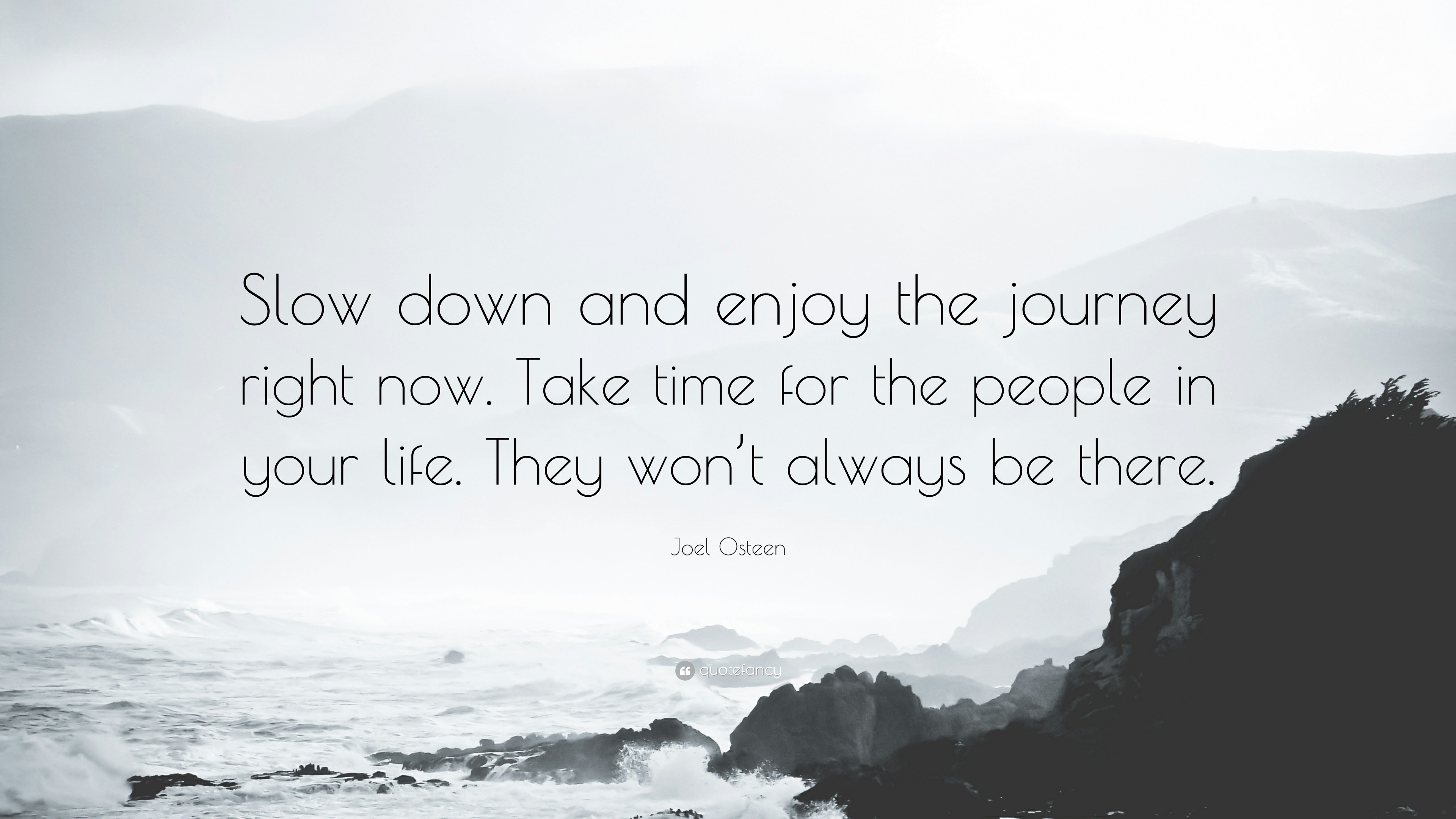 5) Try to stay calm during battles. Nothing positive ever comes from escalating a disagreement with more negative words or actions. Try to keep your cool. Walk away if you have to but try and remember our kids learn from our own actions, and they will be more likely to behave as we do when we aren't around. 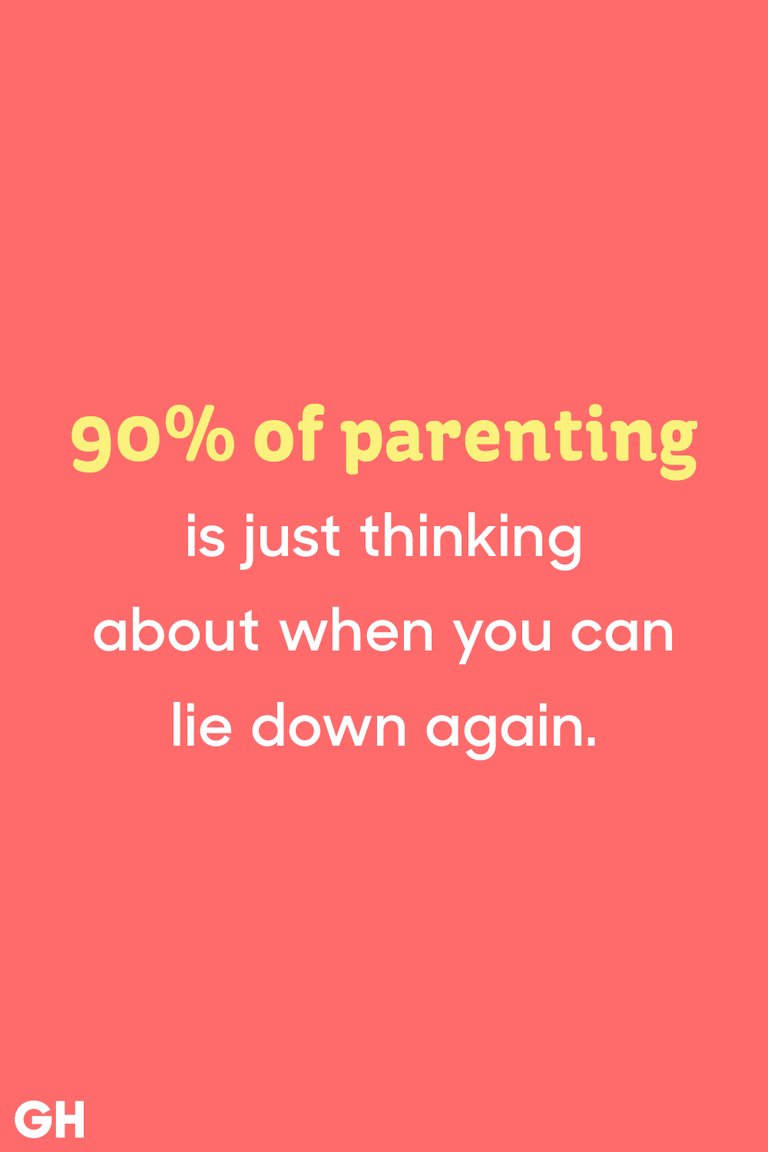 Cheers to raising good kids in an ever-so chaotic world!